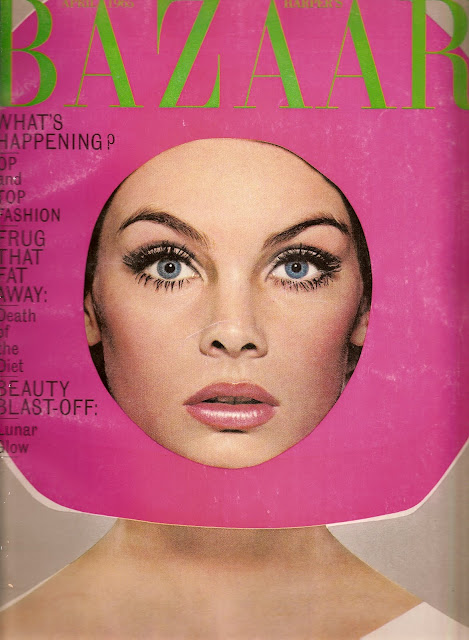 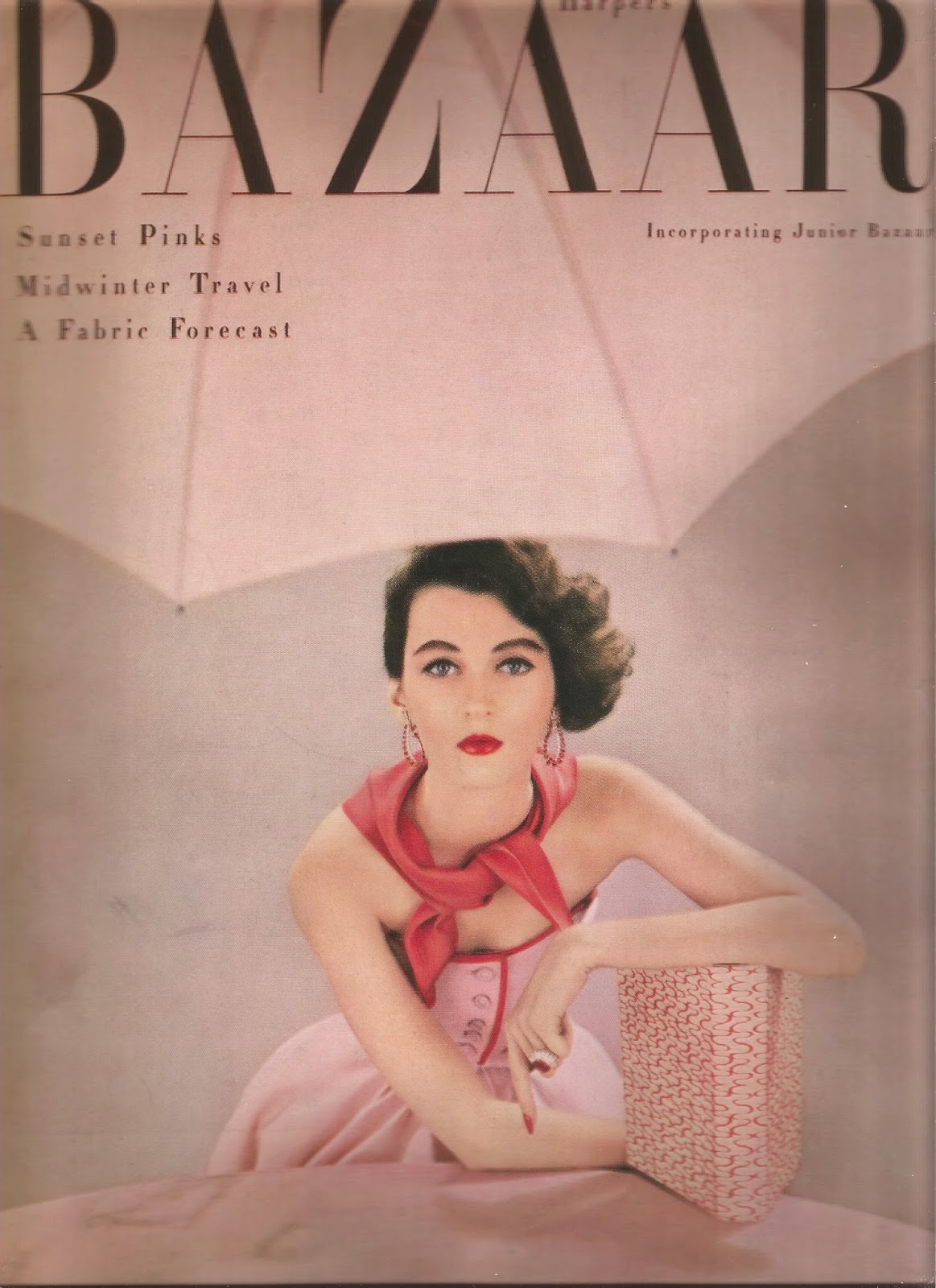 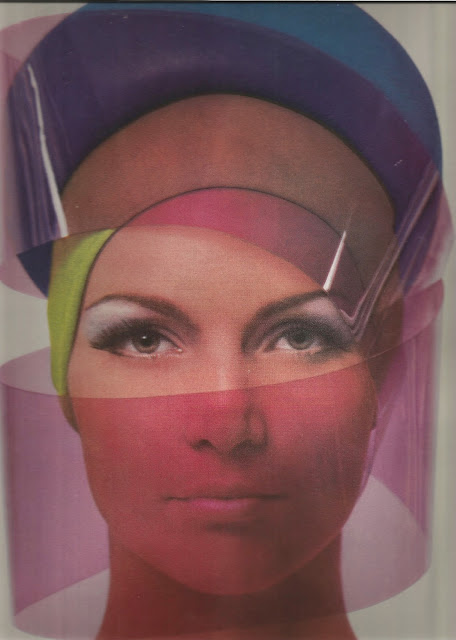 eyes open on what’s AHEAD

eyes – clear, unblinking – looking into the new year with interest and a hint of humor, ready to take on what’s coming – and like it! the wide-open eye, set off by a thick maze of lashes and a delicate tint of lavender – smoky lavender, a good hint at what’s ahead at revlon. lashes, dipped in fabulash, also by revlon.

now in knits: the STRONG SHAPE 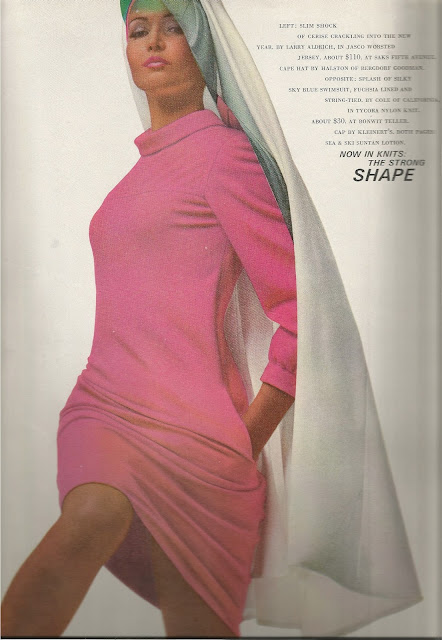 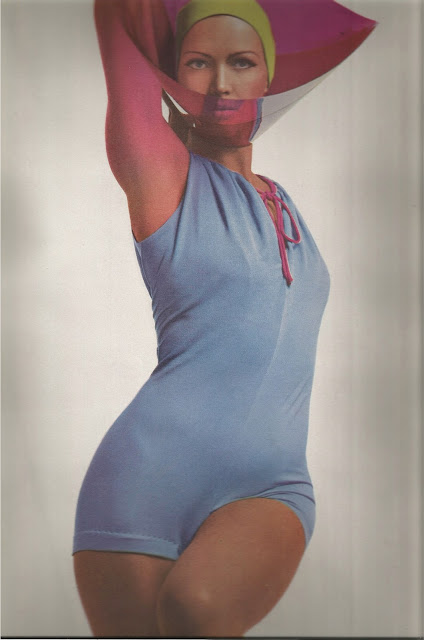 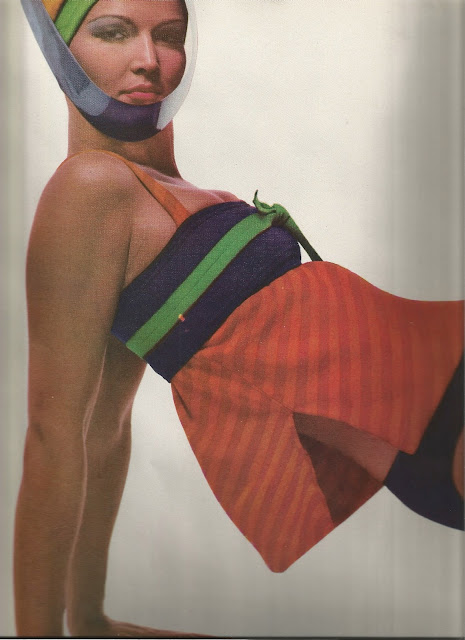 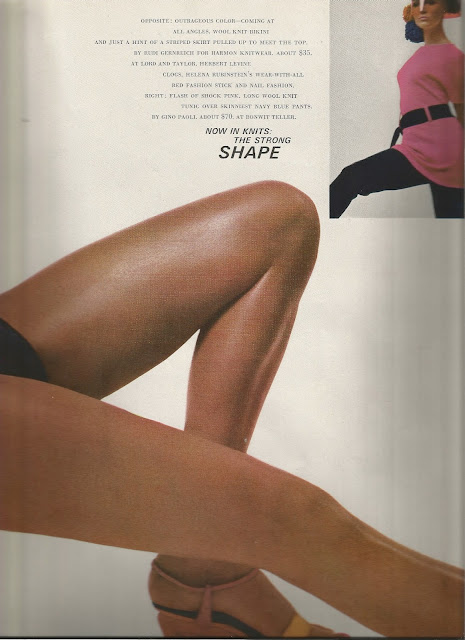 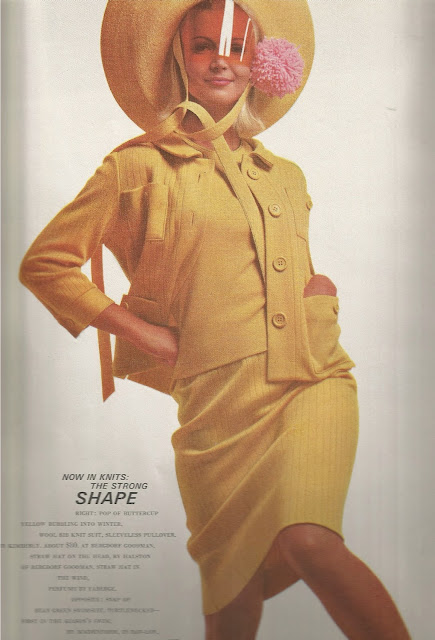 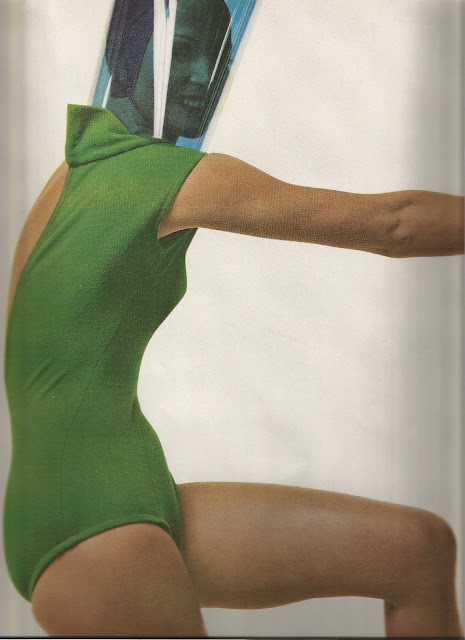 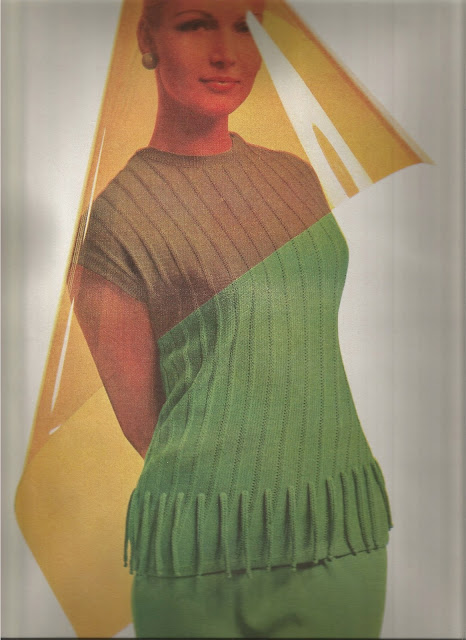 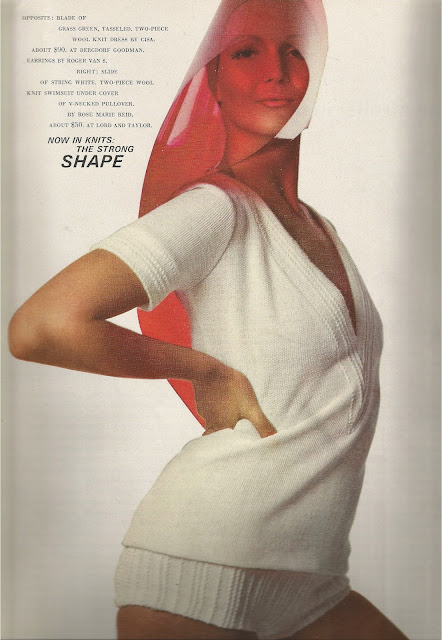 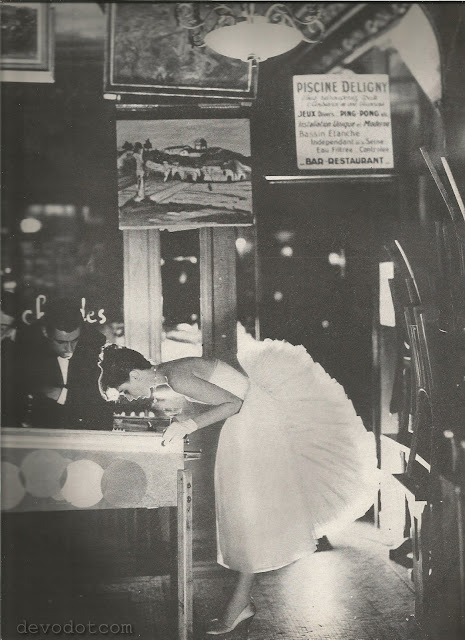 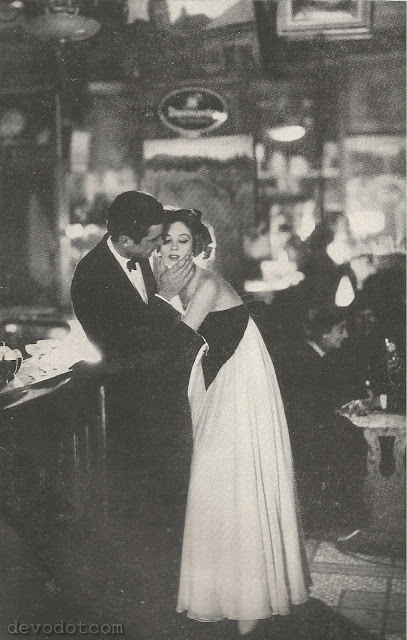 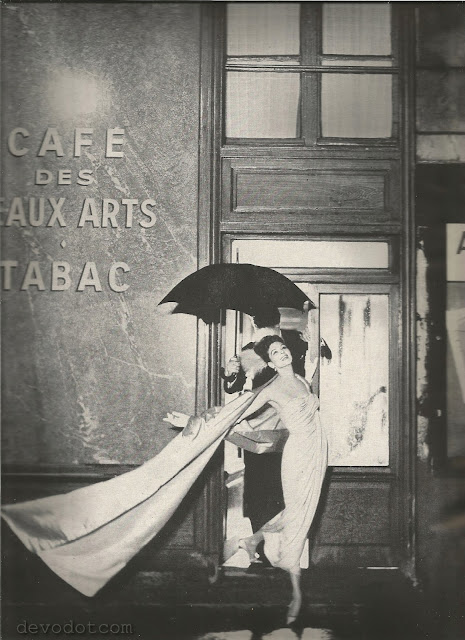 A GREAT WAVE OF CHIFFON
balmain winds two shades of chiffon – one rosy, one rosier – over the bosom of a straight-shafted evening dress falling in long, sinuous draperies into the hemline; then floats a huge, rose satin scarf from one shoulder 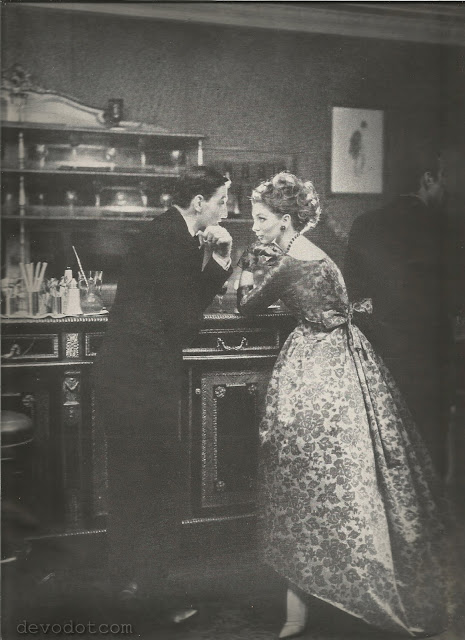 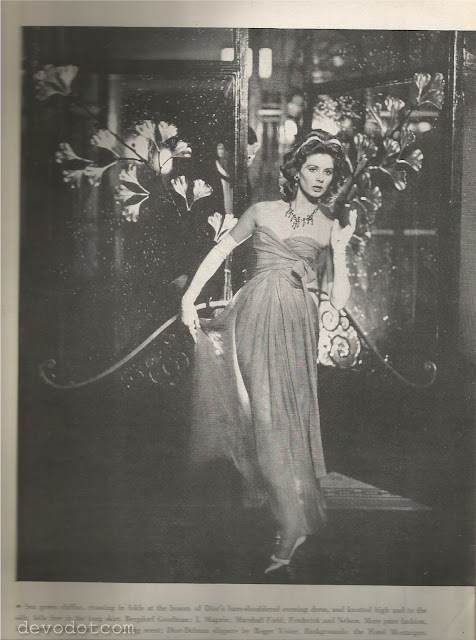 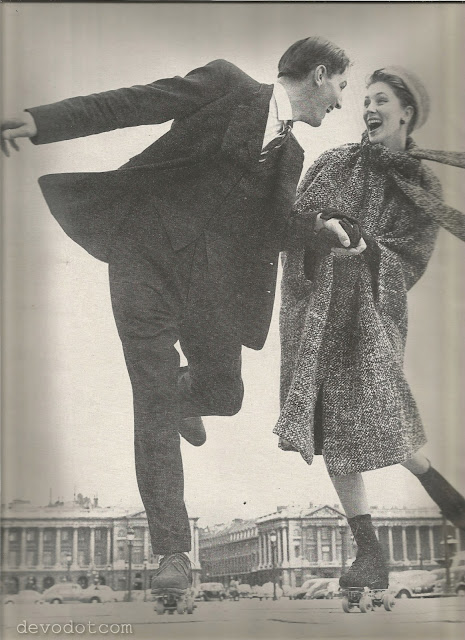 THE CAPES OF PARIS
dior 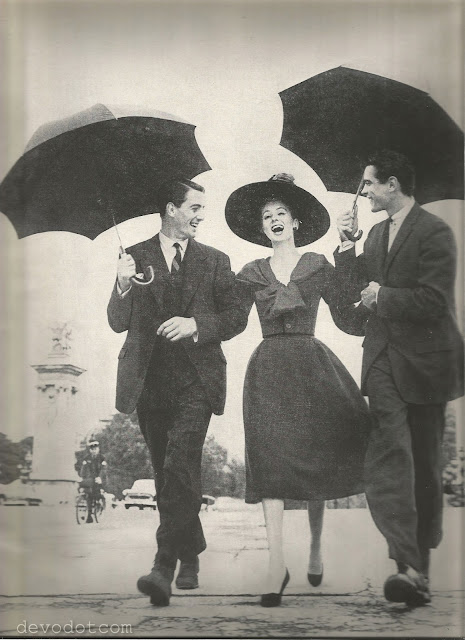 THE SUITS OF PARIS
dior 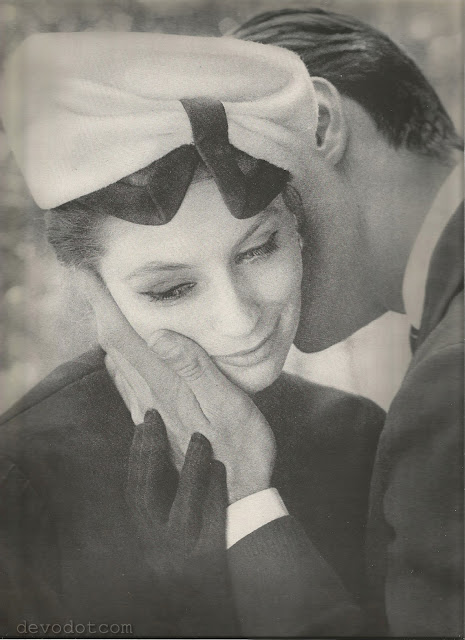 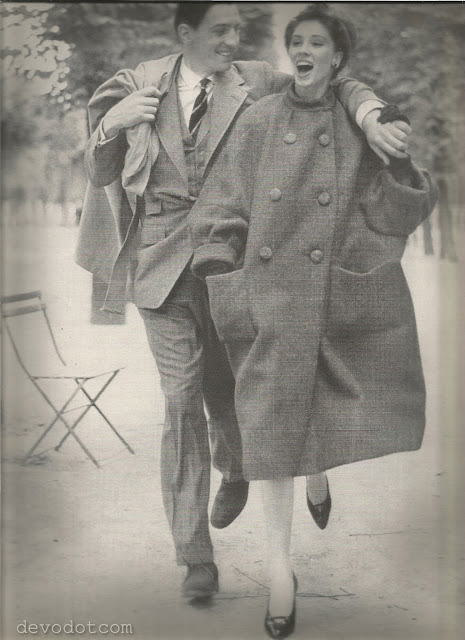 PARIS COATS: INFLUENCED BY CAPES
dior mounts the sleeve of his giant greatcoat almost at the waist – and channels its fullness into a narrow cuff 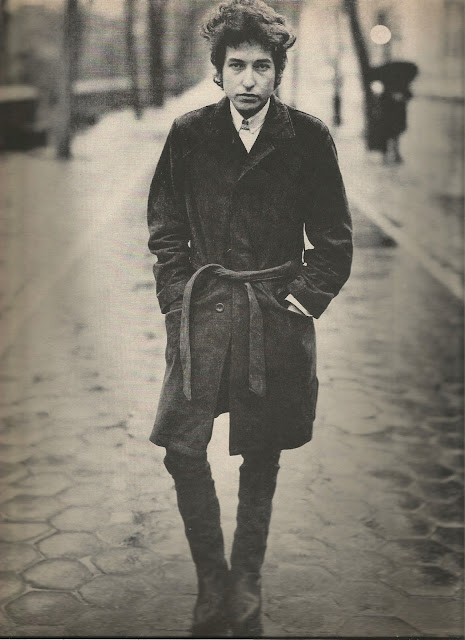 Bob Dylan, the teenager’s troubadour came out of the West to wander restlessly through the country, playing and singing his own folk tunes, like ‘”Blowin’ in the Wind.”‘ More of a words man than a musician, he sets his verbal flashes of insight to simple melodies that hush his audience. Now, five years later, his restless wanderings include brief but profitable stops at Columbia’s recording studio which is releasing his latest L.P., Bringing It All Back Home.
Harper’s Bazaar April 1965
Photography: Richard Avedon