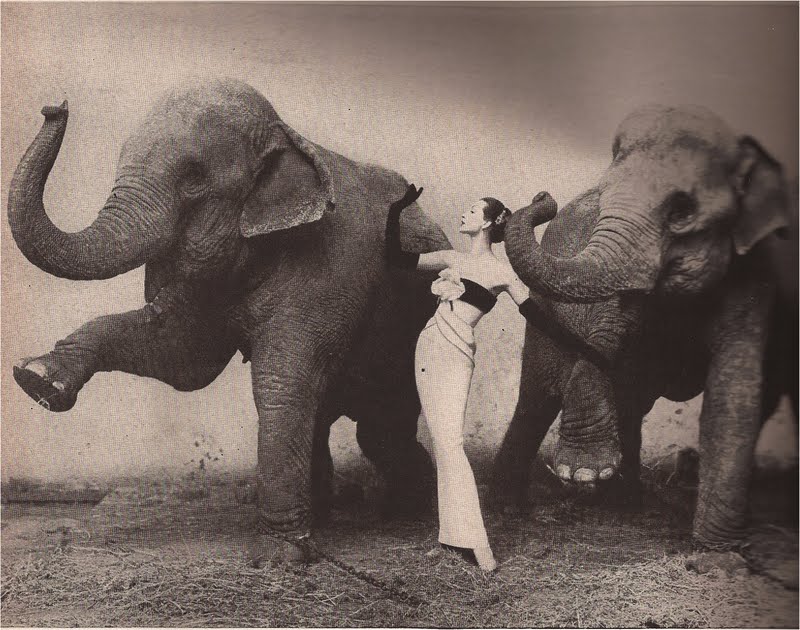 Richard Avedon’s collaboration with Dovima on the pages of the foremost fashion magazines of the time created a union that provided some of the most spectacular and iconic fashion photographs in history. His photograph “Dovima with Elephants,” featured the first evening dress designed by Yves Saint Laurent, then a young assistant to Christian Dior. It remains one of the most anthologized of fashion photographs.

Avedon took the photograph at the Cirque d’Hiver, Paris in August 1955 and the image was first published, along with a second, similar image, in the September issue of Harper’s Bazaar.

The grace of the slight and elegant figure of Dovima juxtaposed with the commanding power of the elephants was a daringly unique backdrop for the smooth and sophisticated lines of the designs being showcased. The second, less referenced image of Dovima in white with the elephants astride her, was only printed once, in the September issue. The negative no longer exists. Avedon has said of the original negative, “it disappeared mysteriously.”

He also spoke of the more heralded photograph as being less than perfect. “The sash isn’t right,” he said years later. “It should have echoed the outside leg of the elephant to Dovima’s right.”
Throughout the decades of fashion photographs created after this seminal work, there is probably no fashion photographer of note that has not been influenced by the freedom afforded him or her to explore any incongruous setting after having absorbed this photograph.

The Big Beautiful Hats of Paris 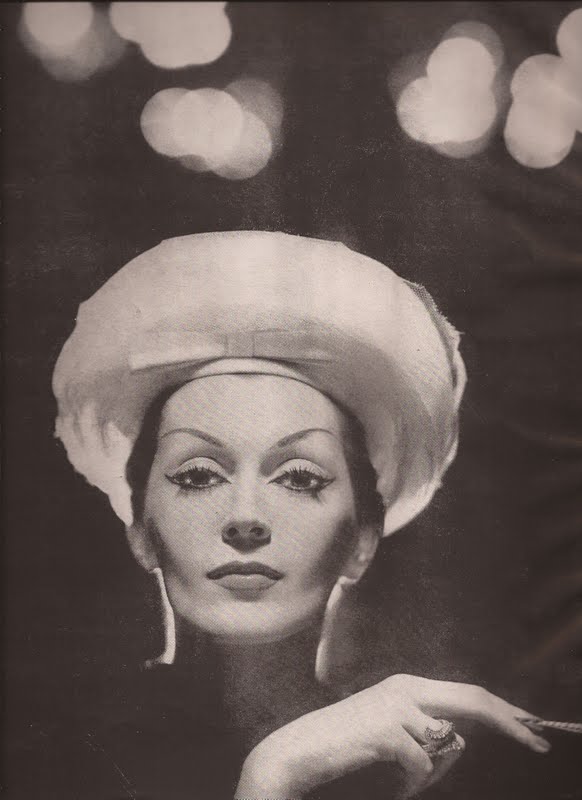 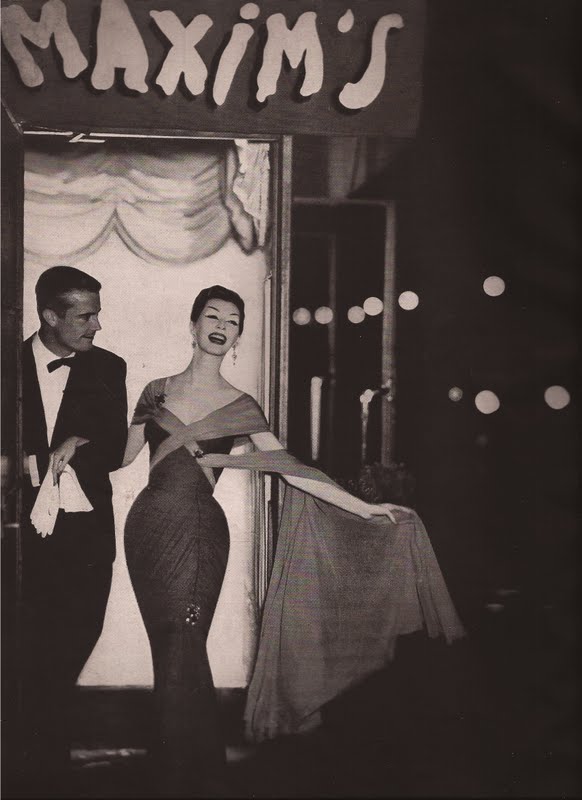 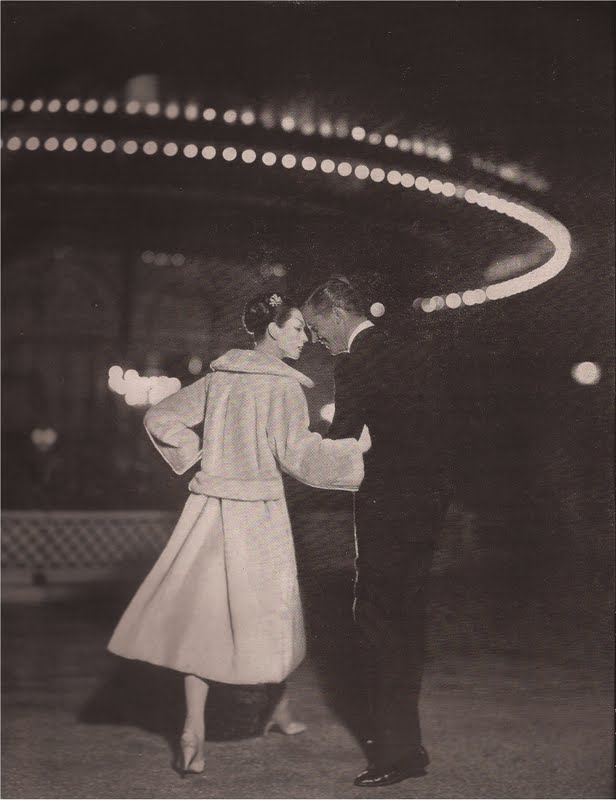 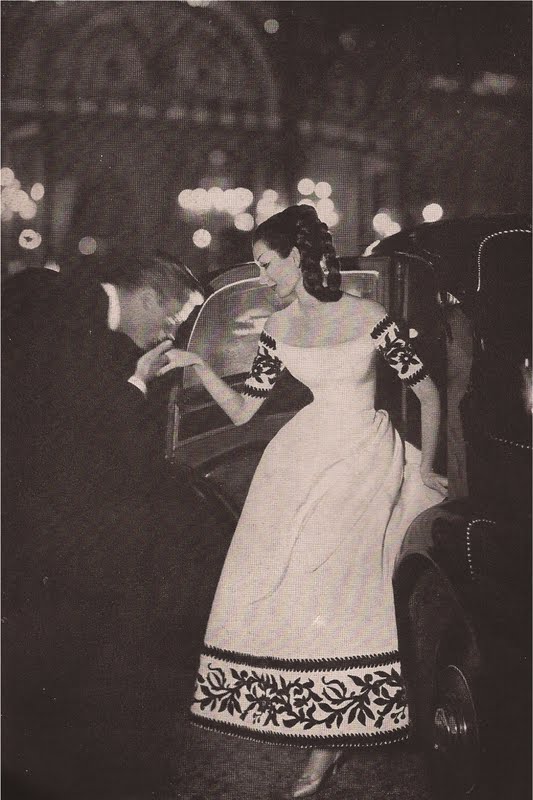 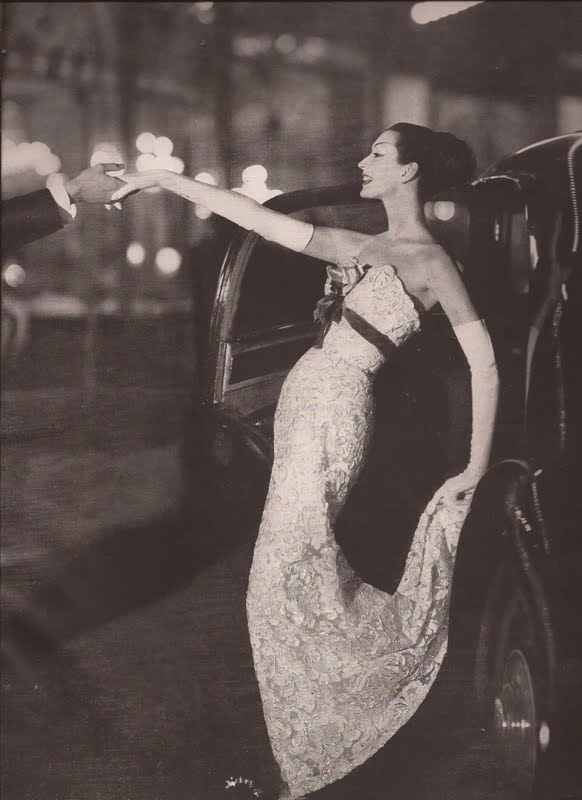 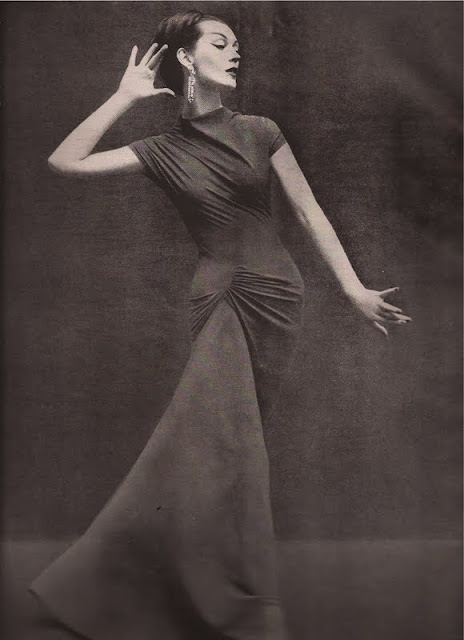 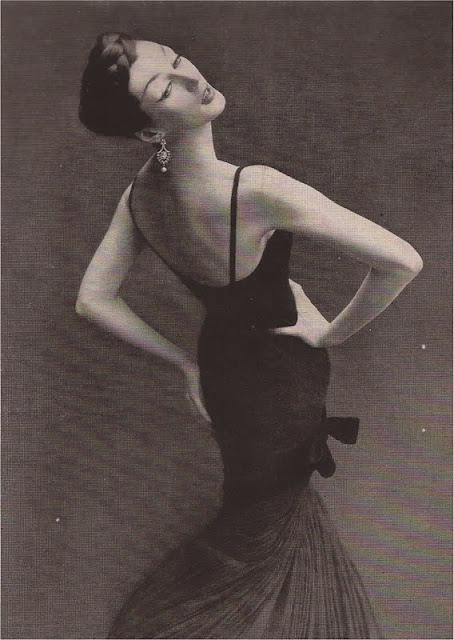 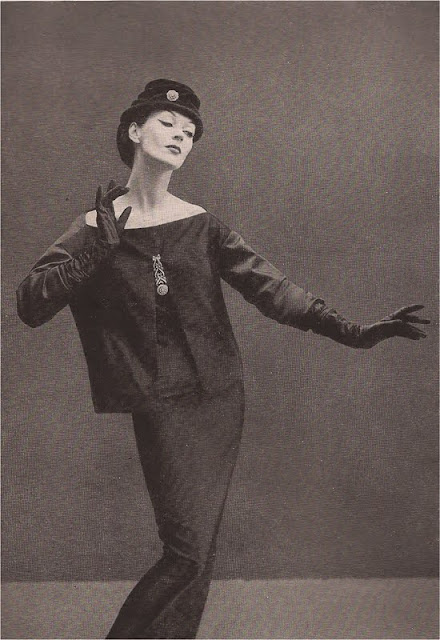 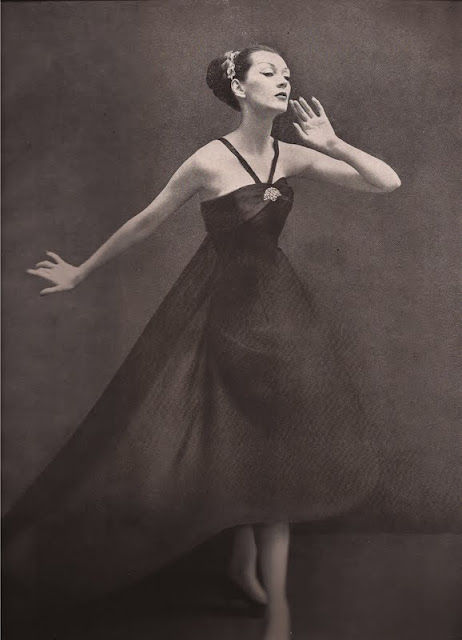 Paris: The Red and the Black Balmain 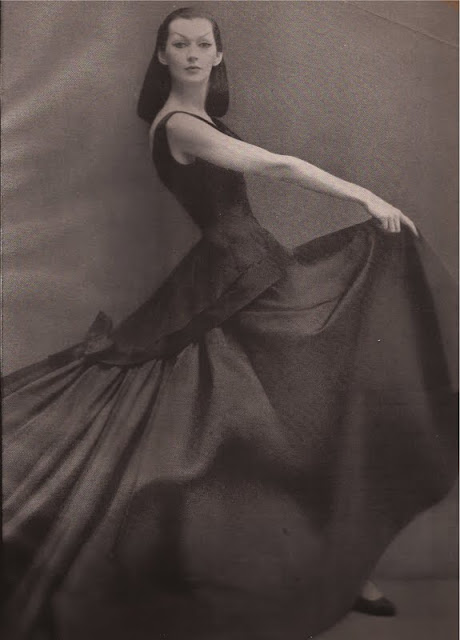 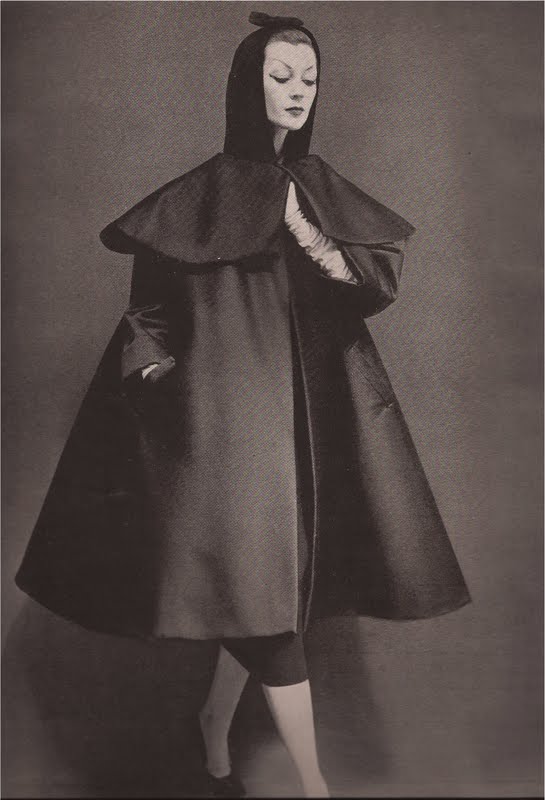 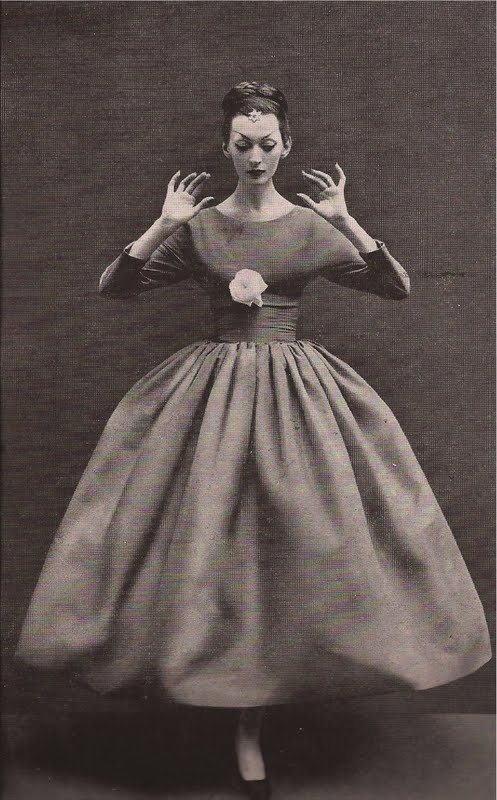 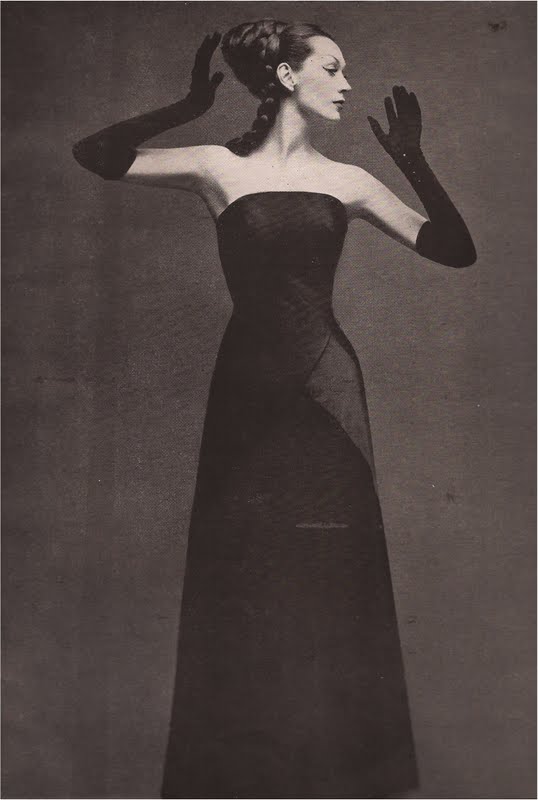 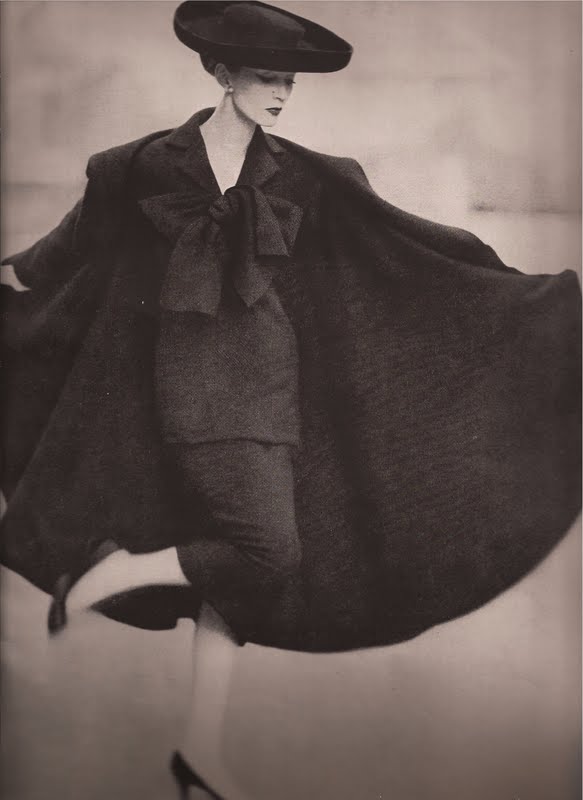 Born Dorothy Virginia Margaret Juba in Jackson Heights, Queens, Dovima was one of the fashion world’s original supermodels. She used the name Dovima, constructed from the first two letters of her three given names and originally created for an imaginary companion dreamed up as a child when bedridden with rheumatic fever.

While Dovima found great success as a model, her love life was less so. Her second husband, Alan Murray, with whom she had a daughter Alison, often beat her so severely that she could not show up for bookings. The model Carmen Dell’Orefice confirmed that “Sadly she could only be with men who beat her. I’d find her on my doorstep black and blue and I’d take her in to live with me.” Escaping Murray for Los Angeles in pursuit of an acting career, Dovima ultimately divorced him but lost custody of her daughter. 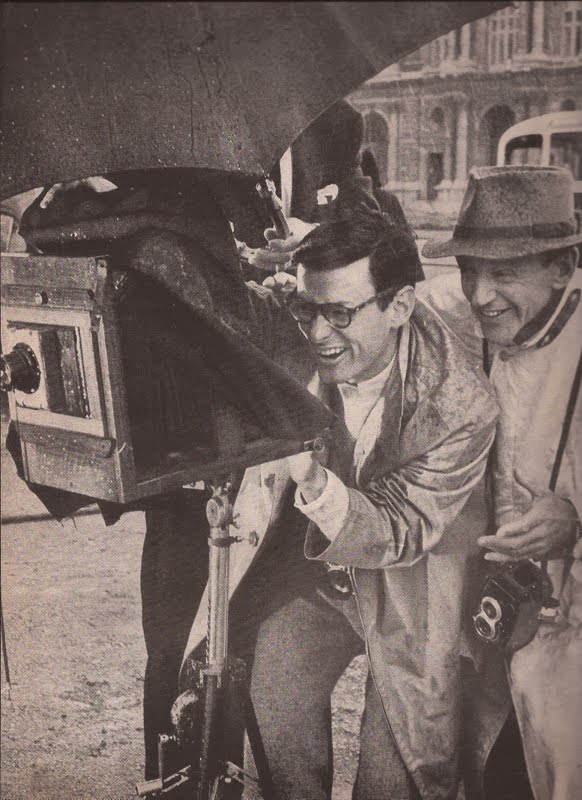 on the set of Funny Face

Explaining their magic together as photographer and muse, Dovima said “we became like mental Siamese twins, with me knowing what he wanted before he explained it.”